Tisha B'Av is a customary Jewish day of fasting and mourning that marks several national tragedies traditionally endured by the Jewish people on or about the 9th of Av. The most significant were the destruction of the First and Second Temples. This day of mourning was ordained by the rabbinical sages (Derabanan), unlike the Jewish laws (mitzvas) that were provided with the written Torah (De'oraita). Many congregations also mourn other national disasters on Tisha B'Av, primarily the Holocaust and the expulsion of the Jews from Spain.

Tisha B'Av is the pivotal day of the annual Three Weeks mourning period, also known as Bein ha-Metzarim ("in dire straits"). The Three Weeks begin on the 17th of the Hebrew month of Tammuz, when a customary Jewish fast commemorates the day that the walls of Jerusalem were breached preceding the destruction of the Second Temple. The mourning customs during the Three Weeks differ among various congregations, but all observe a stricter set of rules for the Nine Days that commence on the first day of the month of Av, and culminate on Tisha B'Av (the 9th of Av).

Among the five Jewish fasting days ordained by the rabbinical sages (four relate to the destruction of the Temples), Tisha B'Av has the most rigorous mourning customs. Tisha B'Av begins at sunset on the previous day (the 8th of Av) and ends when stars appear in the sky on the 9th of Av. If the 9th falls on the Sabbath (Saturday), the Tisha B'Av fast begins on Saturday night and lasts until Sunday night. All five prohibitions that apply on Yom Kippur are also practiced on Tisha B'Av - the forbiddance to eat, drink, bathe, apply oils and lotions, wear leather shoes, and engage in sexual relations.

Many communities augmented the ascetic practices and added rites, such as reading Megilat Eicha (the Scroll of Lamentations) and other kinot (elegies), dimming the lights and sitting on the floor in the synagogue, adding special prayers, and not donning the customary tefillin and tallit during the morning prayer (Shacharit).

The National Library of Israel has collected an assortment of historical items relating to Tisha B'Av that illustrate its significance, content, and customs in diverse followings in both Israel and abroad, throughout history. The Library preserves both printed and handwritten prayer books and elegies, Midrash (Jewish biblical exegesis) and Halacha (collective Jewish law) writings, editions of the Scroll of Lamentations, photographs and cards, posters and ads, literature and studies, newspaper articles and more.

The Mishnah mentions five tragic events, both biblical and historical, that traditionally occurred on Tisha B'Av (Ta’anit 4:6): The first of these was the punishment of the "desert generation", who, according to the Torah, were barred from entering the Land of Israel, due to the sins of the Twelve Spies. The second disaster was the Babylonian destruction of the First Temple, which historians date to the year 586 BCE, though the biblical narrative places it in 422 BCE. The third was the Roman army's destruction of the Second Temple in the year 70 CE. The fourth and fifth disasters occurred at the time of the Bar Kokhba Jewish revolt against the Roman Empire, in the second century CE - the fall of the Jewish city of Betar to the Romans, and the destruction of Jerusalem, which was transformed into a Roman city and renamed Aelia Capitolina.

The significance of Tisha B'Av is evident in these photos, postcards, images and other items from the National Library of Israel's collections.

Tisha B'Av Elegies at the Kotel

Tisha B'Av in the Synagogue

Postcard with a painting by Maurycy Trębacz

Gathering at the Kotel

Thousands gather at the Western Wall on Tisha B'Av

A green-hued reproduction of a painting by Eduard Bendemann

Kinot (elegies) are an integral part of Tisha B'Av. These poems serve to mourn and lament the tragedies of the Jewish people, with many variations emerging over the past 2000 years, in Israel and abroad.

Map of Nebuchadnezzar's Siege of Jerusalem

Published in the 18th century

This work depicting Nebuchadnezzar's siege of Jerusalem was published in a Biblical Dictionary compiled by the French monk and theologian Augustin Calmet in the early 18th century. The map is from the 1732 English translation. The title of the map is "The Siege of Jerusalem by Nebuchadnezzar" and the notations refer to chapter 25 of Kings II, which tells of the siege and destruction of Jerusalem, as well as the exile of Judah.

Jerusalem appears circled by a wall, with a small river separating the city's two hills. The city lies on elevated ground. Within the walls we see an area of even higher ground topped with a large public structure, most likely the Temple. The city's streets are not visible, and each house is unique, resembling European structures and towers from the Middle Ages. The map displays three rivers that merge into one. The assumption is that these rivers correspond to what we refer to today as the Kidron Valley, the Valley of Hinnom and the Tyropoeon Valley. The map's viewpoint is from above, at an angle.

In contrast to the congested and cluttered city, Nebuchadnezzar's Babylonian army is exceedingly organized. The army is enormous and encircles most or all of Jerusalem. In addition, an embankment is shown surrounding the city (in accordance with Kings II 25:1, "And they built forts against it round about"). The center of the map displays the beginning of the Babylonian attack on Jerusalem, while the city's inhabitants can also be seen, attempting to resist.

This map of Jerusalem is one of many antique maps of the city that underline its importance in Christian doctrine. This piece was drawn by a man of faith who was not present at the event depicted here, and in fact had never even visited Jerusalem. This can be said of many similar drawings and maps of the city.  However, Augustin Calmet's research was of great scientific importance, and he was considered a pioneer in the academic study of the Bible.

Calmet was a French Catholic monk and theologian who published books on history and theology, as well as commentaries on the Old & New Testaments. This biblical dictionary, published between 1725 and 1731, is a compilation of articles and essays, arranged in alphabetical order and containing biographies of various figures, as well as writings on archaeology, geography, and a range of biblical subjects. The dictionary contains approximately 100 engravings that feature maps of Israel and the surrounding areas, as well as depictions of sites from across the country (Jerusalem, Mount Carmel, Mount of Olives, Nazareth, etc.), biblical scenes and characters as well as ritual Jewish customs.

Articles From "The Librarians"

Martha, Daughter of Boethus, Who Died From Stepping Out Onto Jerusalem’s Streets
Read on 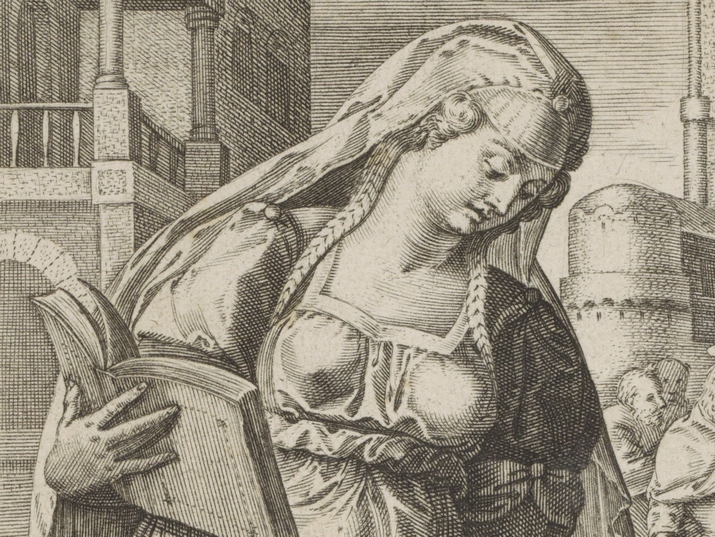 Did an Illicit Relationship Lead to the Expulsion of England’s Jews?
Read on 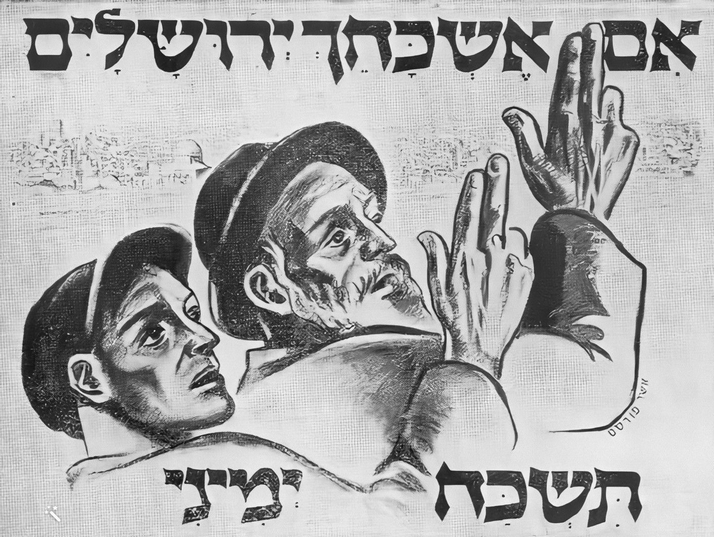 The National Day of Mourning… and Fundraising?
Read on 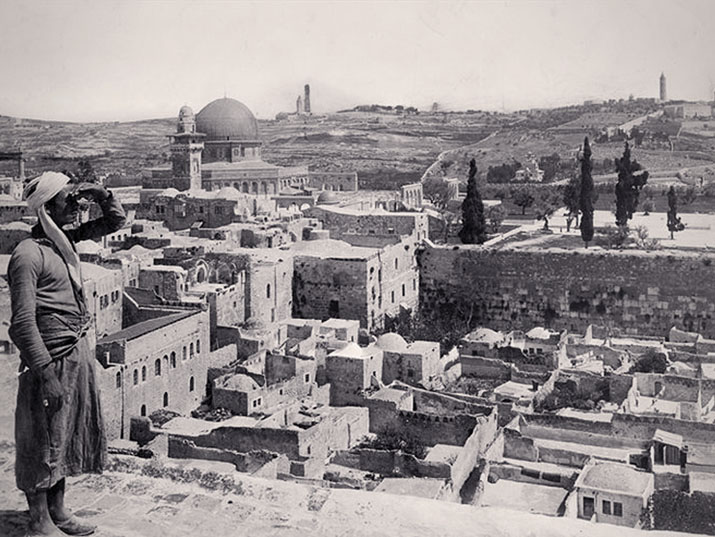